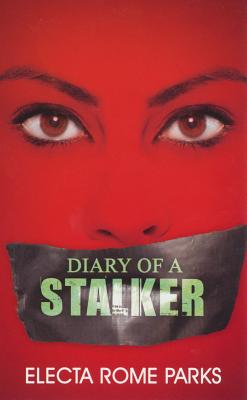 Diary of a Stalker (Urban Renaissance)

Electa Rome Parks paints a powerful portrait of a crazed fan who can't seem to close the book on the affair after a one-night-stand with a famous author--and who will stop at nothing to make him hers. Even if that means killing him. . .

Bestselling author Xavier Preston is used to women throwing themselves at him. On top of being a successful writer, he's also tall, dark and sexy as sin. He's always relished the attention, in fact, and is ever-willing to entertain the erotic urges of women wanting to get between more than the covers of his novels. Except once he meets Kendall, he decides it's time to put his womanizing ways behind him and devote himself to her entirely. Well, almost. . . Gorgeous Pilar is the last decadent treat Xavier decides he'll help himself to--thinking they are both on the same "no strings" page. Except behind Pilar's fine fa ade beats the heart of a raving maniac--a fatally attracted fan addicted to the kind of hot loving only Xavier can give her. And she's not about to let him get away from her so easily. So what starts out as a discreet dalliance soon spirals into a deadly game of obsession and pain--which can only have one winner. . .

Diary of a Stalker (Urban Renaissance)