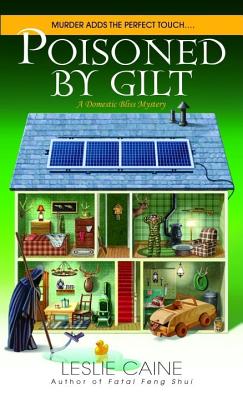 Green with envy
To the newly formed design team of Steve Sullivan and Erin Gilbert, it seemed like a great idea: a competition to design and build the most earth-friendly home in Crestview, Colorado. But who would have dreamed that someone's idea of saving the planet might include murder?
Environmental guru Richard Thayers was Steve Sullivan's architectural mentor and the judge of the contest. Now he is dead--poisoned by some supposedly nontoxic gold paint. Sullivan is certain that Richard's demise was no accident, but Gilbert's not so sure. One thing's clear, though: the mysterious death is quickly poisoning their burgeoning romantic relationship. Suddenly, when another figure in the contest is killed and Sullivan becomes distracted by an attractive divorcee, Erin goes on a mission: not only to find the killer, but to expose the true Steve Sullivan--and the designs he's hiding in his heart....